The annual Flevo Campus essay contest is on the horizon! The former three editions were very successful and saw the winning essays published in the annual Flevo Campus essay collection. The organisers and judges have high expectations this year. Do you have an illuminating point of view, good writing skills and the desire to get published ánd win a nice cash prize? Grab your pen and enter!

Fewer and fewer people are responsible for the feeding of more and more urban mouths.

Flevo Campus is a knowledge institute focused on urban food issues. Located right in the middle of some of the world’s most productive farmland – the Flevopolder – and a burgeoning metropolis – the Randstad, it is the perfect spot to use applied research, education and entrepreneurship to create the urban food system of the future.

Flevo Campus is explicitly focused on the city. Both in the Netherlands and in the rest of the world, the majority of people live in cities. On average, city dwellers do not engage in food production. This is traditionally the domain of farmers, of which there are increasingly few, leaving fewer and fewer people to the carry responsibility of feeding more and more people. It also means that the environment and culture surrounding city dwellers‘ food consumption have changed considerably in recent decades. Flevo Campus wants to know the past and present of the food system, interpret it and in so doing, predict and improve its future.

Last year, the collection took on a strong socio-cultural flavour with, for example, essays on the history of the cultural representation of the smoked sausage, food as a public issue and Danish star restaurant Noma’s impact on wider food culture.

This year’s volume is dedicated to the theme of ‘food and the city‘. How you approach that is up to you. We especially welcome pitches that come at the topic from a behavior, culture, or identity angle. But we also appreciate more traditional investigative or feature proposals.

Are you the (aspiring) writer we are looking for? Then submit your essay proposal no later than 11 November 2022. The proposal should be a pitch of what your essay will look like and does not exceed one A4 page. The proposals will be assessed by the jury who will subsequently choose the winners. The winners will then be invited to develop their proposal into a full essay, to be completed by 1 February 2023.

This year’s contest will have three winners, in three categories:

When submitting your proposal, please use the accompanying form to argue why you have chosen your particular category. Please do this in one concise sentence. 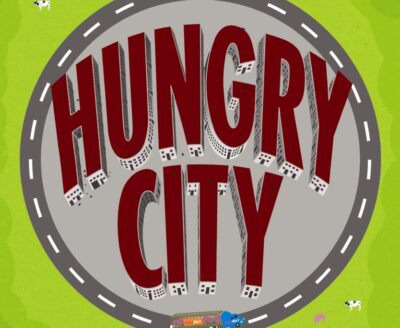 You can only submit your essay proposal using this form. Proposals via email or other channels will not be considered. If you have trouble using the form, please send an email to janno@flevocampus.nl.